Are You Creating Memories? 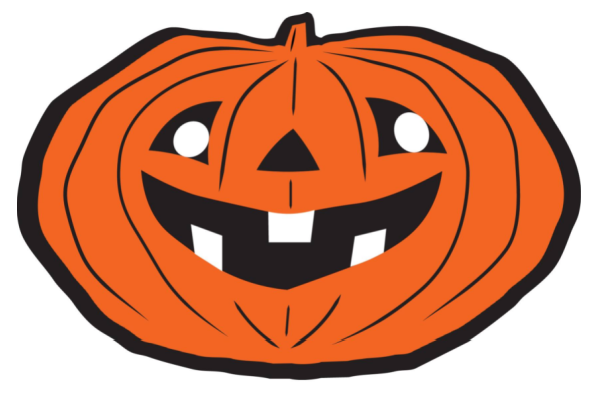 For more than a century, The Cleveland Press was a daily newspaper.

It was the first of many owned by the influential E.W. Scripps Company, later known as Scripps-Howard. The Press was recognized for its journalistic excellence and, in the mid-1960s, was named one of America's 10 best papers by Time Magazine. And when I was growing up in the 1970s, The Press was delivered to our house each afternoon.

Yet, even with its rich history, its impact on the city and the hundreds of articles I read about my beloved Indians in its sports section, one memory of the newspaper stands out above the rest.

Each October, on the Friday before Halloween, the paper published a gift for the kids of Cleveland. It was the pumpkin pictured above, printed across two full pages.

Every year around trick-or-treat time, we'd see that familiar fold-out taped to windows and storm doors all over town.

Displaying his smiling orange face was a tradition as important as any associated with Christmas. I'm not exaggerating when I say the pumpkin seemed like an old friend who paid us an annual visit.

He was a unifying symbol of our city, linking us together, house to house and across neighborhoods. He was something we looked forward to; something we had in common.

So, when I saw The Cleveland Press pumpkin on a Facebook page a few weeks ago, I was immediately taken back to my youth and memories of that funny grin peeking out from homes all around town. One person who commented on the post wrote that, when he was a child, The Press pumpkin was the only Halloween decoration his family ever had.

It was just an image on a piece of newsprint. Yet, more than forty years later, that pumpkin still evokes powerful feelings for me and - I've no doubt - thousands of others.

What if your brand were the source of a wonderful memory like that?

I'd bet the people at The Press didn't set out to create a local tradition. My guess is they just wanted to surprise their readers that first year. Then, the pumpkin caught on. When you start with intent that pure, your efforts are likely to mean more.

The idea is not to sell something; it's to give of yourself for the joy of others, in however small a way. (Here's another example.)

Fulfill a need. Share your talents. Print your pumpkin.

More in this category: « What You Can Learn from Norm Macdonald
back to top